Getting Divorced in Regency England

Hello there my dear Regency lovers,

It’s me again, and now I’m here to share some very interesting information with you!

Do you remember how last time we talked about couples who got their Happily Ever Afters and how they got married in the Regency Era?

Well, not everyone gets a Happily Ever After...So today, we’re going to talk about divorces in Regency England! Or, to be more accurate, annulments.

First of all, it should be said that divorces were very few in that era. The Church of England was firmly against divorces, making them nearly impossible to obtain and really expensive.

So if you belonged in the lower class, your chances of ending your marriage were...close to zero. So a custom was born, called “wife-selling”. And yes, it is as horrible as it sounds.

The husband would first parade the wife with a halter around her neck, or arm or waist. Yikes. And then he would auction her off to the highest bidder. Literally. 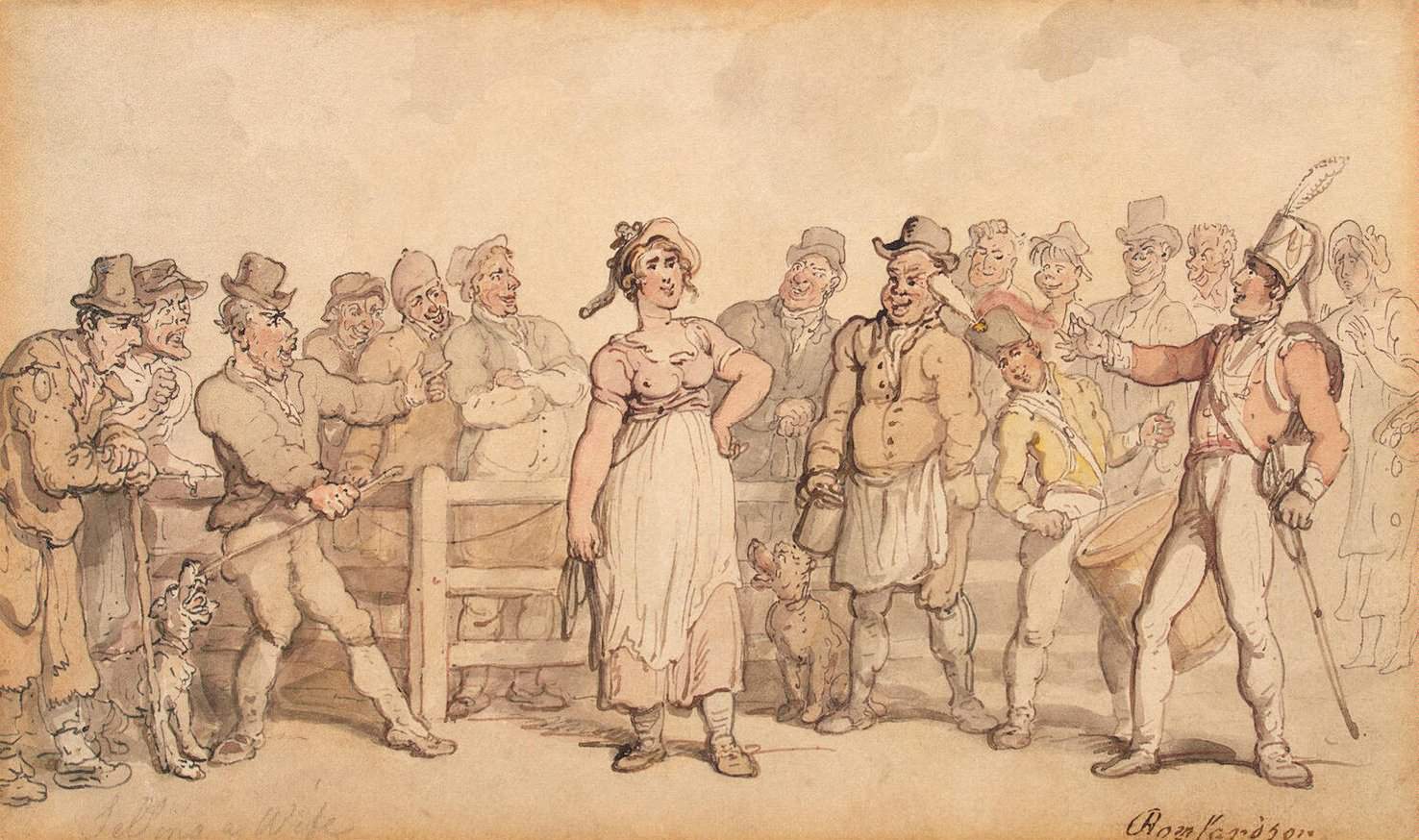 Of course, the wealthier members of society did not need to participate in such customs to end a marriage. They generally had two options: getting an annulment or an actual divorce.

Annulments would make it as if the wedding never existed. They were not easy to obtain, though, and could leave either the wife or husband (in some cases, both) as outcasts. There were three cases in which an annulment could be granted: fraud, incompetence or impotence.

In more detail, fraud could mean either one of the spouses having a false identity. For example, using a fake name could get a marriage annulled. In some cases, even not using your full name could give your spouse cause to request an annulment. But bishops had the freedom to refuse the annulment if that was the reason.

Seeking an annulment on the basis of incompetence simply meant that a marriage was not legitimate if one or both of the spouses were mentally ill or underage. If either party was under 21 and had no parental consent, the marriage could be annulled.  Moreover, if either party was declared legally insane, they would be locked away for life and lose all claim to their possessions. Titles were not taken away, of course, but there was a guardian appointed to handle the affairs. For a woman, claiming her husband was insane was unforgivable and she would be considered a pariah. However, men did use this to get rid of unwanted wives, even if it was not an usual occurrence.

And lastly, impotence. Non consummation of the marriage was not enough for a marriage to be annulled. The husband would have to prove that he shared a bed with his wife for three years and she was still a virgin. And as for the husband, it had to be proven that he could not reach an erection, even with the courtesans provided for him by the court. How scandalous…

When granted a legal separation, the couple could reside in different homes, the husband no longer had any financial obligations to the wife and none of them could get married again.

To get a divorce, the husband would first have to bring a suit in a civic trial against his wife’s lover. And since the wife was considered property of the man, it was tried as a form of trespass or property damage. Can you imagine?

After obtaining the conviction, the husband would then have to charge his wife with adultery, and unless an exception was passed specifically for him by the Parliament, he could not remarry.

What a fuss! I can only imagine how much scandal those procedures may have caused…

Did you know about any of these requirements? Did you enjoy the article? Let me know in the comments!

See you next time!